The weather is changing. Autumn days are clear and bright, but with the bite of cold that forecasts Winter is coming.

Lumsden Green is a small patch of green and sculpture in the heart of Newmarket. The small space gives tons of scope for urban sketching. A number of modern, metallic sculptures; some retails spaces and cafes with bright umbrellas; vehicles, greenery and medium-sized office buildings from a variety of years gone by giving a great backdrop. Truly, something for everyone with a sketchbook. 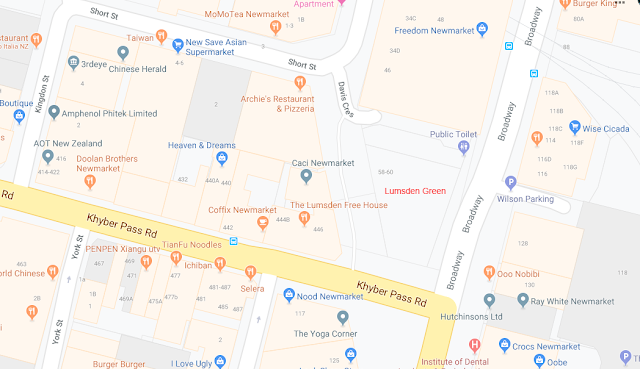 The smarter Auckland Urban Sketchers choose sunny spots to perch. Those of us who found places in the shade found our bones cold to the core by the time our drawing was done. Man, the temperature seemed to drop quickly as the afternoon wore on. I'm mostly speaking about how cold I felt after coming back to my senses when my drawing was done. I felt frozen! 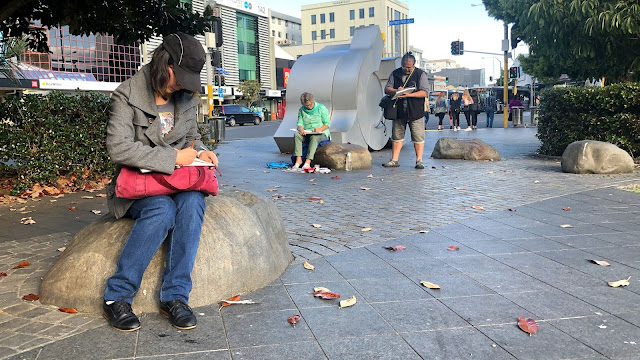 I had decided to try to paint Lumsden Green as a wide landscape rather than focussing in on a detailed subject as I normally would. I had borrowed a small drawing board from Dianne so my sketchbook was on an angle and laid blocks of watercolour across the paper first. Holding my brush more loosely than usual, I really liked the way the colour flowed down the page and puddled along the bottom edges. Instead of using a black micro pen I also changed that for a dip pen to get some variety into my lines using India Ink.

It soon felt uncomfortable and I quickly hated my first few washes. But I persisted because that's how paintings happen, right? More on; more on! the dip pen was interesting, scratchy, and the ink wasn't as black on the paper as it was in the pot. Again I held the nib loosely and the lines were sort of interesting and I kept going.

By the time I was done, I felt tired, cold and disappointed - fully understandable seeing as I was trying something new - but still not a great feeling.

Now looking at it after I got home I am less hard on myself. There are some nice swashes of colour, and I am feeling like it was a good thing to try something new - but I really do need to look at trees and think a bit harder about the values I choose for them. Next time should be a bit easier, and over time I will loosen up even more. 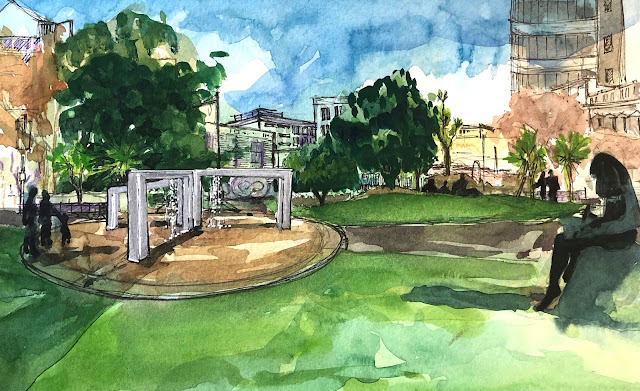 Taking a break and a walk around the other sketchers, including some of the smart ones sitting in the sun, I was again amazed at all the different views we can find in the same space. We're a really diverse group and nothing beats seeing how other people work and the results they achieve. 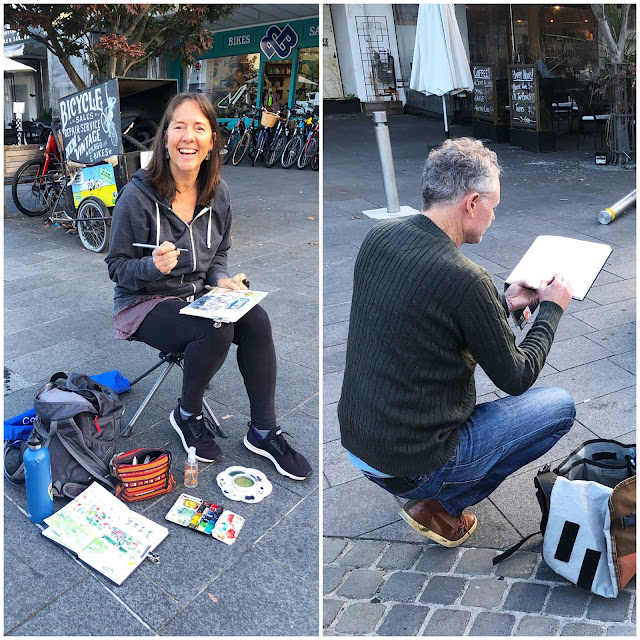 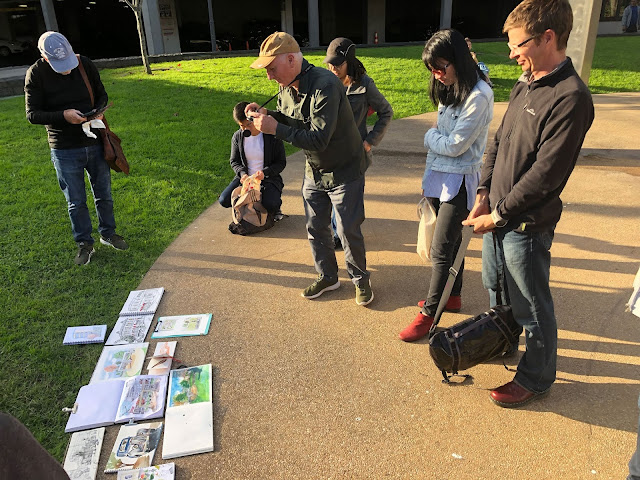 You can see more photos from the day on the Urban Sketchers Auckland Facebook page. 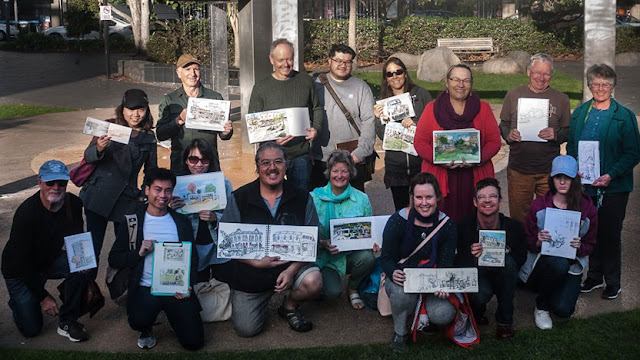