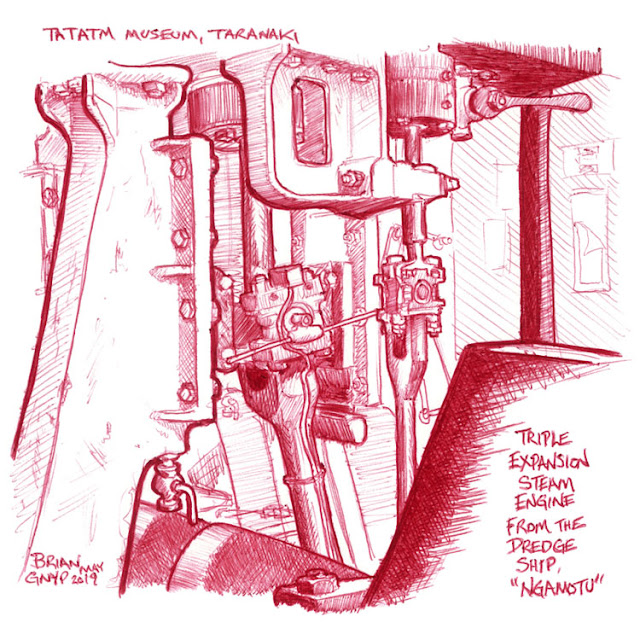 It's been a while since I'd been to the Taranaki Aviation Technology and Transport Museum. While I was there, they fired up an engine from a ship used to dredge sand from the seaport. The sign said that it ran at about 100rpm on the ship but when I was there, in the museum, it was much slower than that. (Maybe 10-20%?) At that speed, it was making this sound that was like it was breathing. It was so hypnotic that I ended up sitting down and sketching it.

I made a 60-second video, if you want to hear the breathing sound:

I'm looking for a winter sketching venue so maybe I'll be back periodically.
Posted by Brian Gnyp at 2:24 AM